The Lord: "Do You Really TRUST Me?" 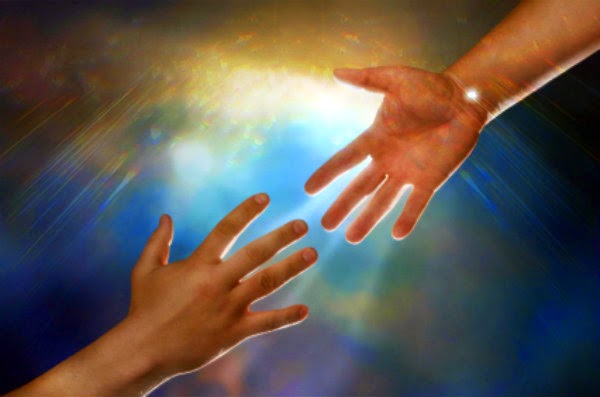 Although the Lord has used me in many ways; to reach many people over the years, I am by far, from perfect. In my ministry, I always share not only my testimonies, but my trails, my failures, and my rebukes. I do this because I always tell the people; "I don't want you to be like me, I want you to be better than me; I want you to be like Christ." I never want anyone to think that I am better then them, or that they must "honor" me. I am human, like everyone else; subject to failure and reproof. My calling in the office of a prophet does not make me "superhuman." However, it does put me in the spotlight of God, and weighs heavy in the balances of The Kingdom; it weighs heavy in judgement for not representing YHVH-God in the purest form. It's task is to forsake all, to turn the other cheek, and to walk alone.

With that being said; I will share with you about a time that I disappointed the Lord.

At the very beginning of 2014, I had been bugging the Lord to come and visit me. It had been months since I last saw Him. We talked all of the time, but after seeing Him so often, you kinda get spoiled. The funny thing between the Lord and I is that He would never come to me when I asked. He would always wait until my requests became quiet, and I returned back to my normal routine; then He would show up. Sometimes I would laugh and tell Him that I knew it was His way of letting me know that I was under His control. So this time was no different. I had been knocking at heaven's gate for about 30 days, and there was no answer. So I figured He was busy, or on a very extended lunch (just kidding), and decided to stop my pursuit. Well, about a week later, He showed up.

Jesus stood there in the most beautiful robe I had ever seen Him in. The material was like a combination of silk and satin. It was a beautiful white, and at the hems were a beautiful, deep red embroidery. He had on leather sandals; which was different for me because I usually see Him barefooted. I stood at His side with both of my arms wrapped around His waist. He had one arm around my shoulders, holding me close to Him. We began to talk spirit to spirit. We always had small conversations, because Jesus doesn't talk much. He showed me a map, and gave me a few instructions. Then He said; "There's just one more thing..." "What's that Lord?" I asked inquisitively. The Lord responded, "I'm going to show you hell." My heart instantly sank! "No Lord, please...please. I don't want to go!" I pleaded with Him. But Jesus just reached over and kissed me on my forehead and said, "Don't worry, I will be with you." Then we both looked to our left, and far away I saw something brewing...it looked like a tornado made of snow. The Lord said; "There is a blizzard coming. After the blizzard passes, I will come back for you." And with that, He vanished.

I told my husband and a few others about my visitation. I was so terrified, I spent every night praying that the Lord would change His mind. I whined, I complained, and had a complete meltdown like a two-year old. I was like; "Why do I always have to see the bad things? I've had more attacks, and seen more demons than probably anybody! Why can't you show me heaven? You haven't taken me there! I've read every book on hell, I listened to every testimony, I've looked at every video. I know hell is real! And I don't want to go there....not even for a visit!" Thoughts kept flashing through my mind of what Mary Katheryn Baxter went through; how she went through periods of getting left there. I didn't want that to happen to me! What if I had forgotten to repent of something that day, and ended up getting left there....forever?

About four weeks went by. Somewhere in between the period, the D.C metro area (where we were living at that time) got about 2-3 inches of snow. My husband asked; "Are you sure the Lord said a blizzard was coming? Or did he just say after the next snowfall?" "Nope, He said a blizzard was coming!" I responded.  And sure enough, at the fourth week, the blizzard came, and we got 3 feet of snow!

Every night after that snow, I cringed going to sleep. But the days, turned into weeks, and the weeks, turned into months, but Jesus did not return for me. Within that time, He was still showing me things and giving me prophesies. I was putting out videos, still teaching His word, ministering to people and leading souls into the Kingdom. Soon the thought of visiting hell faded. I was even asked by my aunt; "What ever happen regarding you visiting hell?" I giggled and said; "Girl, I think I prayed that one away!"

In August of 2014, I had the most spectacular experience! I was caught up in the spirit and taken to see the throne room of God (you can read about that experience in my notes titled; "My Throne Room Experience"). I shared that experience with everyone I knew! It brought great joy to my soul that the Lord had allowed me to see such a magnificent place.

Then in January of this year (2015), I was in deep prayer one afternoon. I had my tallit (prayer shawl) over my head, and the glory cloud began to fill my room. Immediately. like a movie being played, I saw the visitation of the Lord when He said He would take me into hell. "Oh my! I completely forgot about that! Lord, you never came back for me...why?" The Lord responded, "That so disappointed me, Mena. You tell me that you trust me with your very life. You believe me for your family, for yourself, and for those I send to you. But you did not trust me when I said I would take you into hell. You did not trust when I said I would be with you. You feared more the thing that I created and have all power over, than trusting me. Therefore, you trusted power of darkness more than light." I...was...stunned! I bowed my head to the floor in total shame and repented. "Lord..." I sobbed, "You waited a whole year to say something to me about this...why?" "Because now, you would receive it." the Lord responded. It was then that I realized that the Lord, even in His disappointment, had answered my very complaint and whine; He had allowed me to see heaven first. What an merciful, patient, loving, and gentle God! I felt like a worm, yet, I could still feel His love and patience for me. He had forgiven me.

I'm sharing this with you because I want everyone to evaluate the "true" measure of faith and trust you claim to have for the Lord. We're so quick to say with our mouths that we trust Him, that we'll forsake all and follow Him, even that we'll die for Him. But do we truly follow through? Or when we are faced with a situation that we're not sure of the outcome, do we deny Him? Peter said he would follow Jesus to the ends of the earth, but when the shepherd was stuck, the sheep scattered, and before the cock crowed, Peter denied three times that he even knew the Lord. We must understand that following Christ will require facing our greatest fears. He will place you at that crossroad, to see if you will chose to trust what you can or cannot see before you, or will you trust the one who gave you sight in the first place.