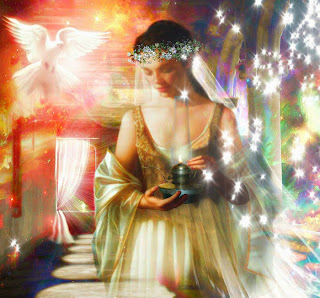 Regarding the theory; "Once Saved, Always Saved" or "No Christian Will Miss The Rapture" and "There are No Christians in Hell"

Well, let's look at the scriptures:

Jesus said; Not everyone who says to Me, ‘Lord, Lord,’ shall enter the kingdom of heaven, but he who does the will of My Father in heaven. Many will say to Me in that day, ‘Lord, Lord, have we not prophesied in Your name, cast out demons in Your name, and done many wonders in Your name?’ And then I will declare to them, ‘I never knew you; depart from Me, you who practice lawlessness!’ -Matthew 7:21-23

Who was Jesus talking to? Obviously it wasn't a heathen, or a atheist, or a Muslim. Since when do they acknowledge Christ as "Lord"? What atheist is going to prophesy in His name? What Hindu, Buddhist or Muslim is going to cast our demons in His name? None. The word "lord" means master; so that means that one would have to deem Jesus Christ as master and ruler of their life in order to call Him Lord. In the end, everyone will confess (Romans 14:11); but right now, we have a choice. So we can conclude that Jesus is referencing to those who believe in Him.

Jesus said; “And to the angel of the church of the Laodiceans write,
These things says the Amen, the Faithful and True Witness, the Beginning of the creation of God: “I know your works, that you are neither cold nor hot. I could wish you were cold or hot. So then, because you are lukewarm, and neither cold nor hot, I will vomit you out of My mouth. Because you say, ‘I am rich, have become wealthy, and have need of nothing’and do not know that you are wretched, miserable, poor, blind, and naked. -Revelation 3:14-17

We are currently living in the Church age of Laodicea. Unfortunately, about ninety percent of churches today fall in the category of being lukewarm. Jesus once again is clear; He said that He would "vomit them out of His mouth", which the revelation to that is that they will be removed from the Body; considering that Christ is the head, and we are the Body (Colossians 1:18).

Jesus continues; And while they went to buy, the bridegroom came, and those who were ready went in with him to the wedding; and the door was shut. Afterward the other virgins came also, saying, ‘Lord, Lord, open to us!’ But he answered and said, ‘Assuredly, I say to you, I do not know you.’ “Watch therefore, for you know neither the day nor the hour in which the Son of Man is coming. -Matthew 25:10-13

Ah! One of my favorite comparisons; the ten virgins. See, all ten were virgins; meaning they had "chasten" themselves (remained pure) for the Bridegroom (Christ). All ten have lamps, representing the light or Spirit of God dwelling in them. But only five had extra oil. The oil from on high is what keeps the light aflame. The oil represents communion with the Lord; in other words, relationship.
Notice that the Bridegroom tells the five foolish; "I do not know you." He also says this to the believers in Matthew 7:23.

I've taught for years that it's not enough to just "obtain" a relationship with the Lord; you have to also "maintain" it. Too many Christians today do not know the voice of the Lord, and therefore are tossed to and fro by false prophets, teachers and the cares of the world. Be still, and Know That He is GOD (Psalm 46:10) Wait patiently on the Lord, and He will answer you (Psalm 40:1, 37:7). Jesus said; "My sheep know my voice" (John 10:27).

I know many try to justify this notion by using other scriptures written by Paul, or Peter etc. But who's words are greater? It's the ones written in RED.