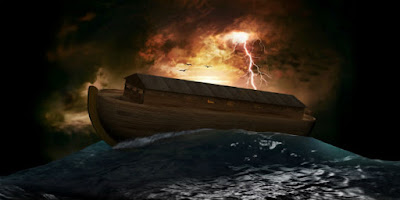 Thus says the Lord of hosts, "Behold, evil is going forth from nation to nation, and a great storm is being stirred up from the remotest parts of the earth." - Jeremiah 25:32

When a meteorologist sees a storm coming in the near future, they begin reporting to the public so that the people can prepare. And as the time for the storm draws closer, the data becomes more and more precise. Within that time, it is advised to take the proper precautions to make sure that the people are safe; whether it's stocking up on food and water, gas, batteries, or candles; or maybe it's advised to evacuate all together. But we know that the closer it gets to the storm's arrival, the less time you have to prepare. Then there comes a point where the storm has arrived, and the alarms begin to sound. Wherever you're at, that's it! No more time to prepare...it's time to go!

America, the alarm is sounding...

Jesus said in Matthew 24:38-39, that the last days would be that of the days of Noah. He said, "For as in the days before the flood, they were eating and drinking, marrying and giving in marriage, until the day that Noah entered into the ark, and did not know until the flood came and took them away. So shall the coming of the Son of Man be."

The Lord, in His mercy, gives us signs as warnings, and even confirmations of the seasons which we are in. Have you noticed all the historic flooding that has taken place in 2016?

Since last Rosh Hashanah (Sept. 2015), until now, God has searched the hearts of those who claim Him as Lord. He has searched our motives to see if we are truly eager for His return, and awaiting, or is the desire of our hearts merely earth bound.

The truth is, many in the church have fallen asleep. They have crawled into their coffins, fluffed their pillows, and closed the casket doors. Many were expecting cataclysmic events to unfold last September, as was foreseen in dreams and visions. But when things did not unfold as expected, many began to attack and curse those who had sounded the alarm. Months later, that same majority began to place their faith and hope in a new election. Two-thirds of the church began a near full-blown worship of a presidential hopeful, believing that good times would return once again, despite our continual decay of truth and morality. And it seemed as though all the warnings from the modern-day Jeremiahs, Ezekiels, and Elijahs had faded into the distant horizon.

Oh foolish church, hast thou forgotten the parable of the wicked servant, who because his master had delayed, began to mistreat his fellow servants? Did not the master of the house return at an hour that he least expected? (Luke 12:45-46) It is not also written that when they say, "peace" and "safety" that sudden destructive would fall upon them? (1 Thessalonians 5:3) And just like the people in the time of Noah, judgement will come at an hour that you least expect.

Saints, the door to the ark is closing. The lukewarm are being vomited out of the Body of Christ. The time has come when you are either for Him, or you are against Him. No more gray areas. No more building your treasures in this life. To be a friend to the world, is to be an enemy of God (James 4:4). Understand that God is Holy, and He requires you to live Holy (1 Peter 1:16). It's not a suggestion, it's a must. Christ is only coming for the pure in heart; for those who have washed their robes and made them clean before Him.

There will be a final awakening in America; but it will be parallel with catastrophe, not good times. And only those who have remained faithful, those who have been refined, will be the front-runners in the final move. God will preserve His own, so that they can lead others through the darkness, and into the light.

Be ready. Stay Alert. Look Up.