When God Calls You To Move Off Your Block... 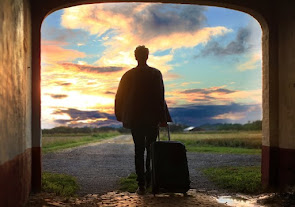 In Ecclesiastes 3:1 it reads,

"To everything there is a season, a time for every purpose under heaven."

The Hebrew word for season in this verse is z'man, meaning; an appointed occasion: a set time.

Z'man means an entire season, verses the Hebrew word 'moed' (first seen in Genesis 1:14) which means the beginning of a season [appointed time].

One of the most important things I've learned in near fifteen years of ministry is that God will appoint seasons of change in your life. These new seasons will call one to come higher into the presence of God. But this is not associated with a mere feeling or spiritual encounter. That entire season is about refinement and obedience. And with each season, God will require you to shed another layer of flesh-seeking attributes.

In Genesis 12:1-3, God tells Abraham to leave his family and country to the land in which He would show him. But Abraham does something that God didn't tell him to do: he allows Lot to come with him.

Later on, Lot proves to be more of a hinderance than an asset, which leads to them going their separate ways.

There's a great lesson in that story. Simply put: everybody can't go with you in your new season.

There are times when God will call you to "move off your block." And when that time comes, just go; simply obey and don't look back!

Speaking of looking back, let's go back to Lot...

So after Lot and Abraham go there separate ways, the scriptures tell us that Lot and his family settled in the plains of Jordan, and pitched their tents in Sodom (Genesis 13:12). Sometime later, God renders judgement upon the Sodom and Gomorrah for their wickedness, but not before He sends two angels to tell Lot and his family to leave. They were given specific instructions: flee to the mountains and don't look back!

But as the story goes, Lot's wife had the desire to look back at what she was instructed to leave behind; and when she did, she turned into a pillar of salt (Genesis 19:26).

Second lesson: when God calls you into a new season, and you chose not to obey because you want to hold on to that which He's calling you away from, you will encounter spiritual (and sometimes even physical) death.

Throughout my years of ministry, I've encountered multiple seasons; seasons of abundance, and seasons of fasting. There were seasons which the ones who abode with me were no longer allowed to journey with me. Seasons where I had to relocate, was stripped of everything and brought to a new place with nothing. But then I would watch God open up His storehouses and provide for every single need, and I lacked nothing.

We as Christians should not find ourselves stuck in the same season, with the same prayers, same testimony, and hanging out with the same people year after year. If after ten, fifteen, twenty years of being saved, you're still sitting in the pew of some church, hanging out with 'Sister Johnson' or 'Deacon Davis' and your only testimony is "I thank the Lord for waiting me up this morning", then I have news for you my friend: You're spiritually dead.

Jesus Christ did not die on the cross to bring you out of darkness into the light, for you to spend that rest of your life warming a bench and passing an offering plate.

When we look at the God-called of the bible, we find that there was a constants of seasons, movement, and change. And as these men and women obeyed the instructions of the Lord, He brought them higher, and they were strengthened in their faith, love, and patience. Thus, they became examples for all; teaching us what it means to commit to the will of the Father.

So in this next season, when the Lord calls you to move off your block...just obey. And although it may require you to leave that house, job, city, state, or country; and even though you may have to say goodbye to friends, family, or perhaps your church; know that where God is taking you will bring forth a greater harvest. For in Him, the latter is always greater than the former.