You Were Born For A Time Such As This... 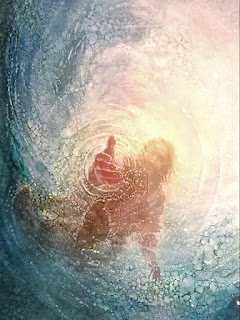 Many in the Body of Christ (not just those in the church), have noticed a spike in trails, tribulations and testing in the past month or two. Many are battling in their homes, on their jobs, in marriages, with their children, in their communities, and even within the church. We're seeing an increase in persecution that in some cases have come from the very ones that we break bread with. This has pushed many of us further into our prayer closets, deeper into worship, and even inspired more of us to fast.

So what is happening? Even I found myself in a sabbatical during the month of August, asking the Lord what in the world was going on in the spirit realm. A little over a week ago, the Spirit of the Lord fell heavy on me in the bathroom, and He began speaking to me. This is what He said;

"I am allowing my children to go through the fire; the refining fire. I am removing the gray areas, and those who dwell in it. The time of separation is at hand; the separation from the wheat and the tares, the sheep and the goats, the wise from the foolish. Those who embrace my refining fire will be moved to the light. But those who resist will be placed in the darkness. I AM the consuming fire, says The Lord of Hosts. Either you are for me, or you are against me. Those who are tried and refined as gold and silver, will give birth in the new season; the season of my holy fire."

We are living in perilous times saints. Things are not going to get better; they will continue to get worst. But we, as the Body of Christ have been chosen for a time such as this. Which means that we are equipped with what it takes to shine through the darkness. You will continue see people fall away. These people may even be the very ones that you love the most. But even then, you cannot allow yourself to be distracted. Peter walked on water, until he allowed what was happening around him to distract him, and then he instantly began to sink. We must not take our eyes off of Christ NO MATTER WHAT! The Spirit of the Lord is hovering; and He is trying hearts to see who will stand no matter what the circumstances.

The time is coming, and behold, is here now, when you will be locked in spiritually. This is why the Lord is testing hearts and trying by fire. In Revelation 22:10-12, the Lord confirms this time by saying,

Allow the Lord to purge you. I know it hurts, but it is better to loose everything in this dimension, space and time, to gain everything in the next. Because in the next life; which is eternity, no one can ever take it away from you. No moths or rust can touch it. And there will be no more pain, or sorrow, death or struggle. And He will wipe away the tears from every eye.